It was a chilly February morning when I met up with Anne & Kevin for their engagement session in the city. We headed out to Freeway Park in Downtown Seattle, and also stopped by Gasworks Park for a few photos of them and their adorable new Corgi pup.  The parks were relatively empty, partially due to the grey skies and partially because it was Superbowl Sunday, so we enjoyed full run of the place. Anne & Kevin are talented musicians (pretty awesome composers, actually), with an affinity for the uncommon and perhaps slightly quirky, so I was thrilled when I learned that they wanted to shoot at Freeway Park. I have always wanted to shoot there and was just waiting for the right couple to come along. And they finally did! Thanks for trusting me to capture a little snippet of your time in the Northwest, Anne & Kevin.  ~ Gerald 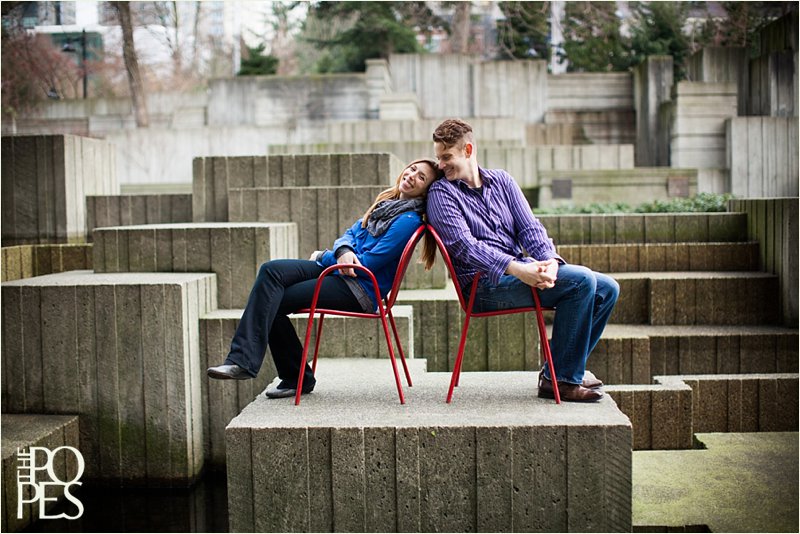 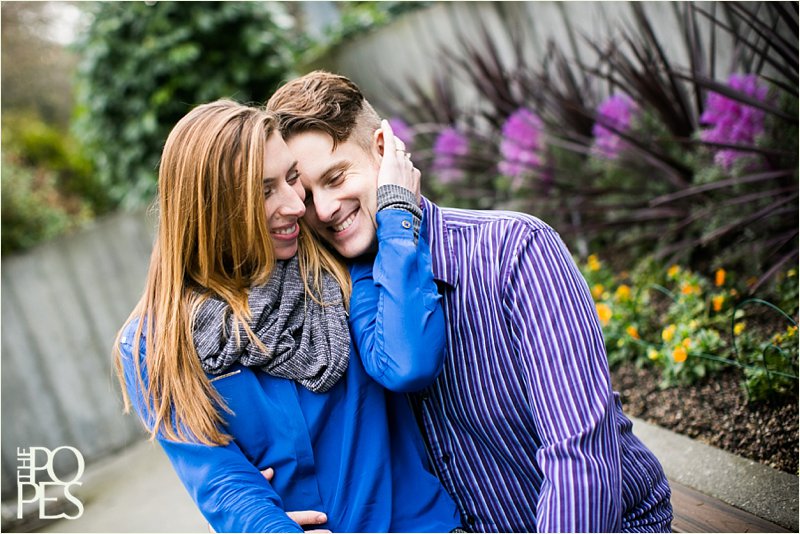 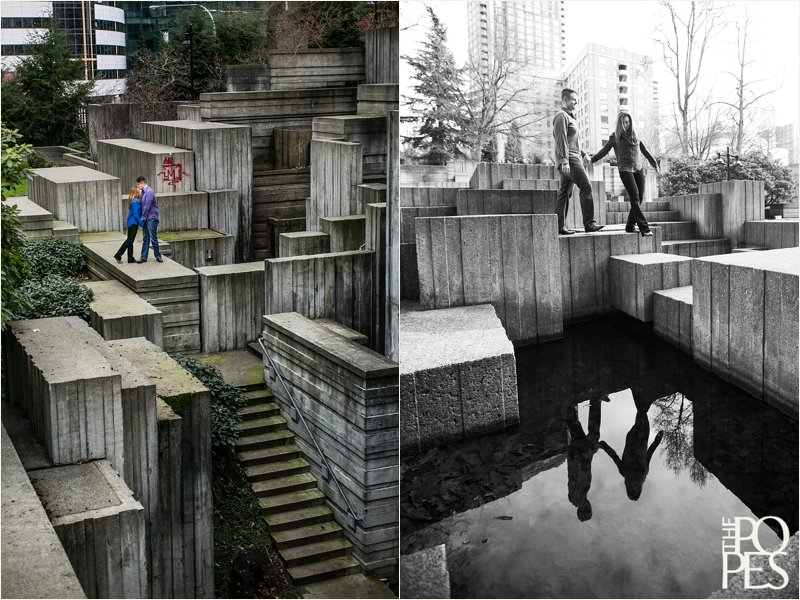 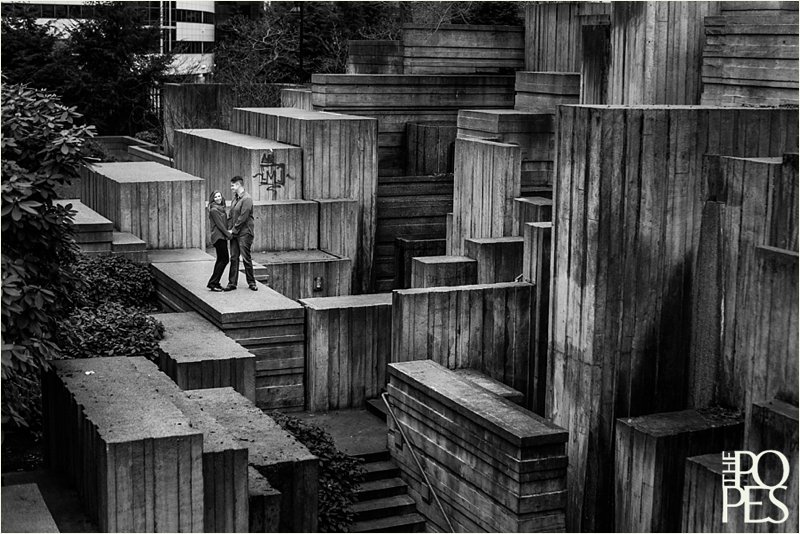 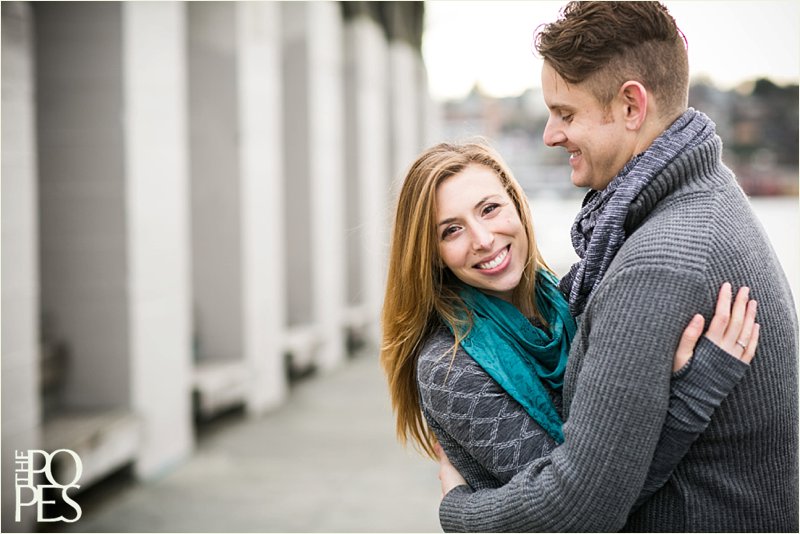 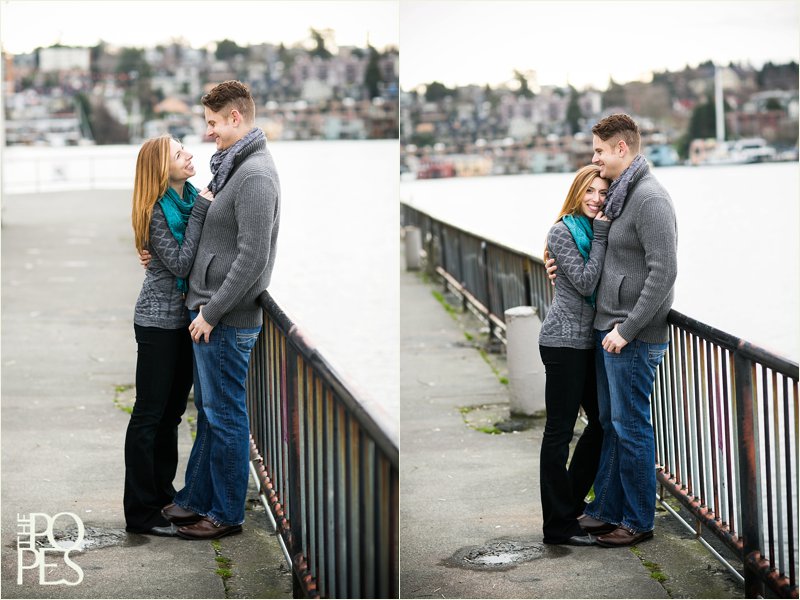 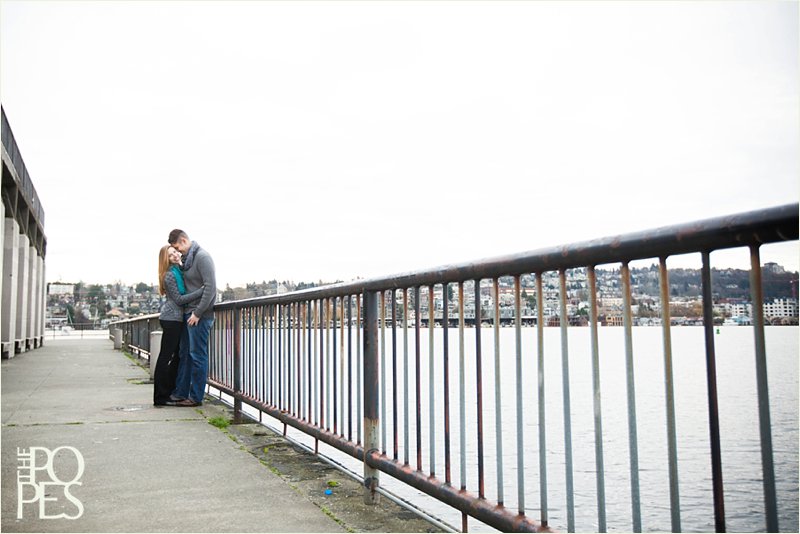 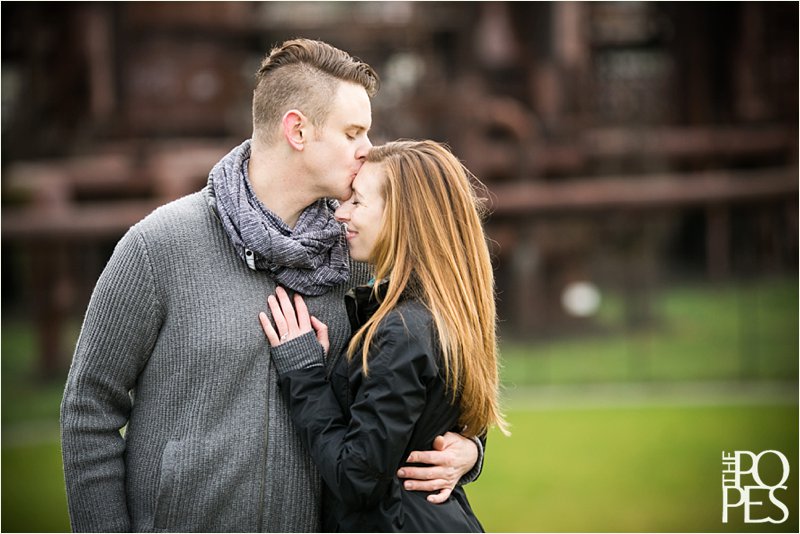 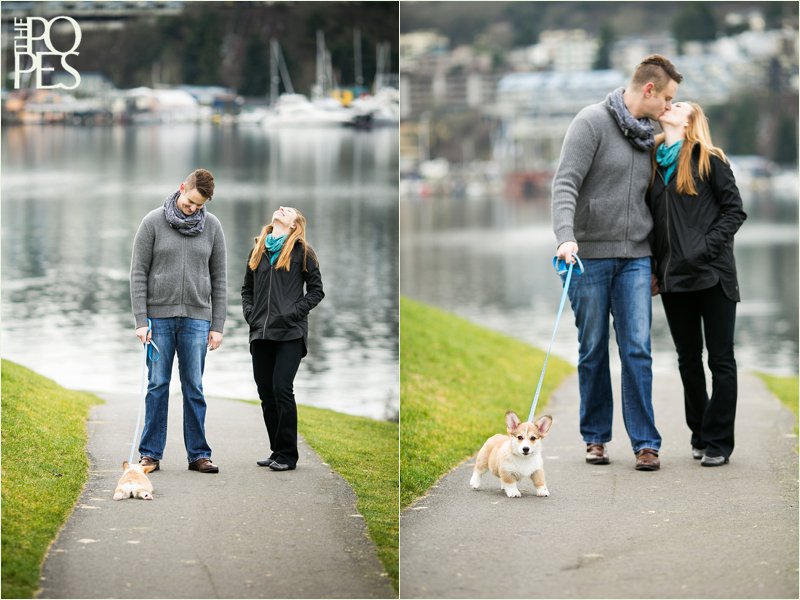 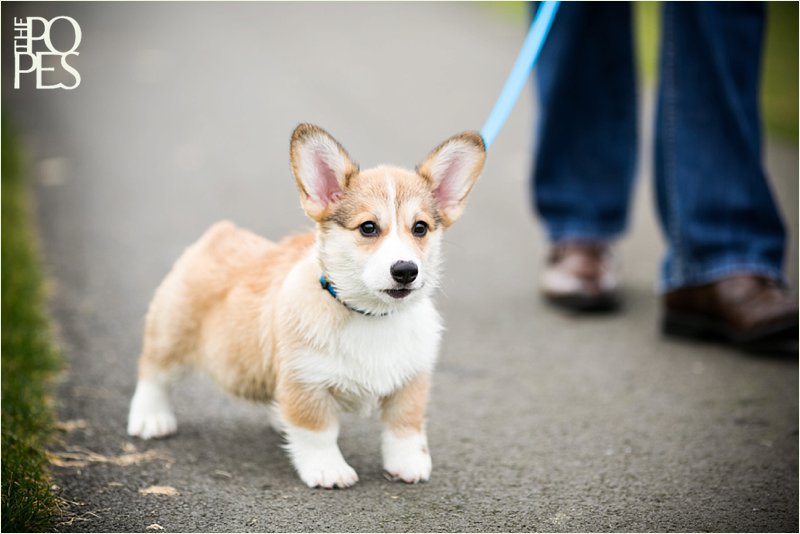 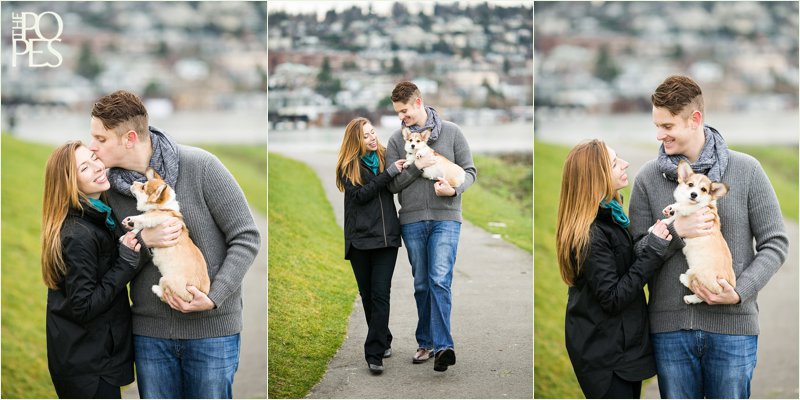 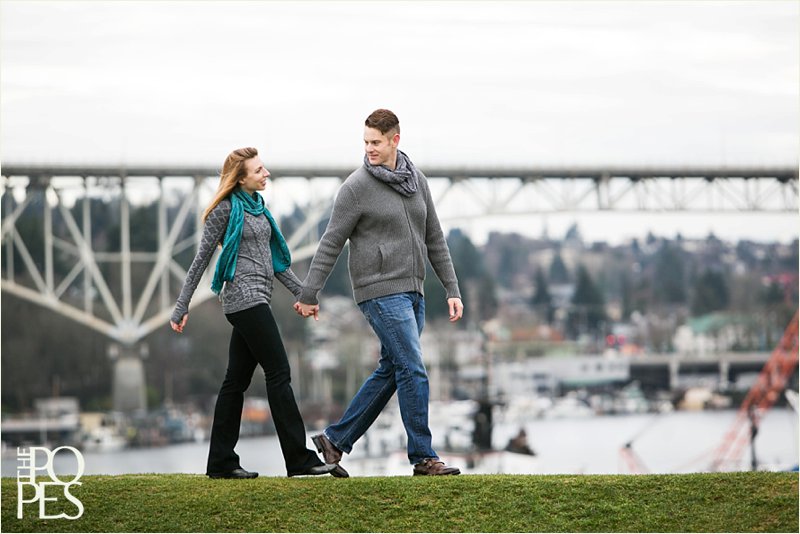 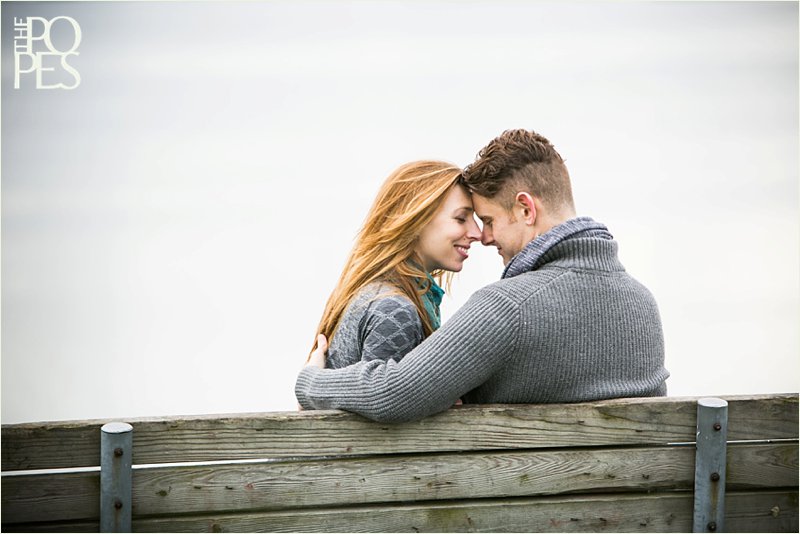