Another Use for Coconuts

One of the highlights of our time in Vellore was a family that we met one evening while walking through the neighborhood. The women in the family were out in front of the house, beating a large pile of coconut husk fibers to separate them. When we stopped to talk to them, we quickly learned that no one in the family spoke any English (and we obviously don’t speak Tamil). Nevertheless, they were quite eager to show us what they were making. They attached a bit of the fiber to a hand-cranked machine and began spinning it into a rope. It’s pretty amazing how much work goes into each strand of rope they make. First they collect the husks, then soak them, then separate and dry the fibers, and finally spin them into a rope. Once they finished their demo, they insisted that we take the piece they had made for us, even though we had no money with us to buy it with. It was so wonderful to meet people who were so generous with what they had, and so genuinely interested in sharing a little piece of their lives with us. 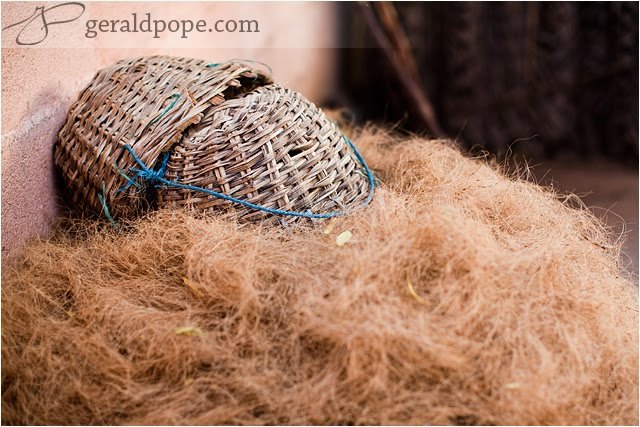 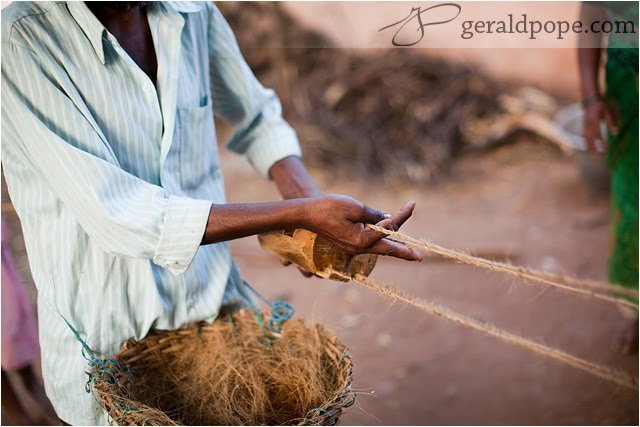 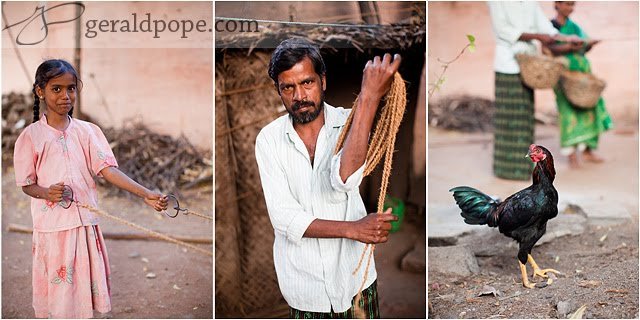 I love this photo of their family. After taking it, we went and had it printed, and made a small photo album of the images shown here. Then we gave it to the family. Their reaction was priceless—we actually took an interpreter with us to deliver the photos and the family told us that they could have never afforded photos of themselves and they were so grateful. It was yet another reminder of the impact that a single image can make in a person’s life. I love my job. 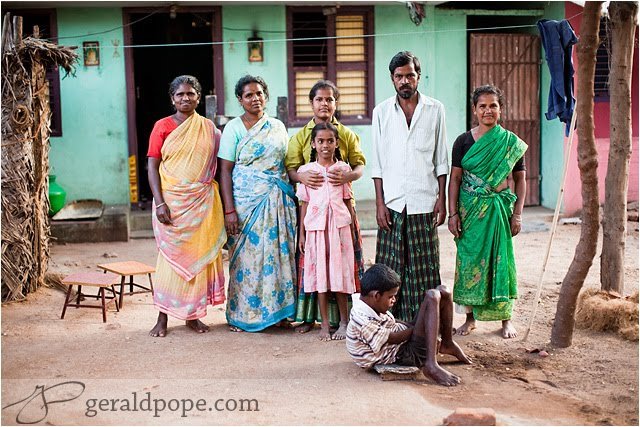 I really love this story. I think these are the moments that are really important in life. I’m glad you and this family got to share in it all together.

Love you guys. Can’t wait to see you when you come home. Your work is beautiful.

When love is shared, all is well.

Good for you. Giving not just taking